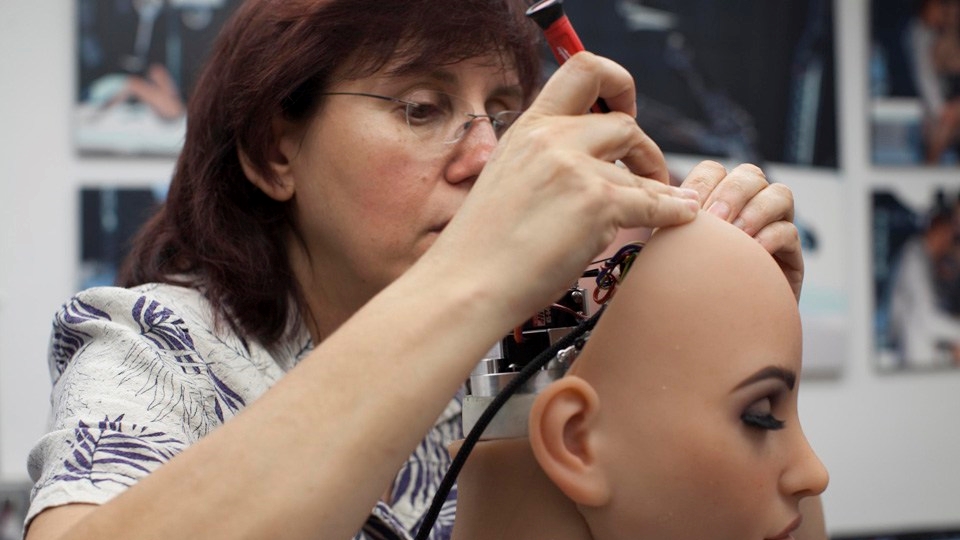 Who do you love?

30th November 2017, I was channel surfing and stumbled upon a channel 4 program regarding adult dolls and oh boy!!!

Let’s get to facts, 20% of non-AI dolls are bought by women and 80% are bought by men; despite having no smart features these basic dolls can costs anywhere from £3,000 upwards! The smart bots (or AI dolls if you prefer) are expected to sell from £8000 upwards; we know these will sell, let’s face it, the current adult toy industry is a billion-dollar industry with female items topping the list.

The reaction people are having to the soon to come smart bots/Love dolls, reminds me of an episode of Futurama where Fry falls in love with his Lucy Lu bot, painted the grim picture of what could happen if man opts for machines over women and if social media was anything to go by, people share the same sentiment.

Channel 4 which has brought this to the forefront (in terms of mainstream TV) and in my opinion has shown it is AGAINST this; I remember watching Humans, we have the scene where one of the bots works in a brothel, it paints a grim picture, long story short the #AI becomes self thinking and leaves but before she leaves she says “everything those men do to us, they want to do to you” as a parting word to the female brothel owner.

Then this program, boy was the men they found creepy as heck…. I don’t think you could of found a better selection of customers to make you want to ban a product, one of the damn dolls looked like a freaking kid; I am not kidding and the shocker was the man actually had a WIFE!!!… she should have been left him, then you had this other plonker who took his doll to the beach and took photo’s of it WHAT ON EARTH!!!; you can’t make this crap up but the icing on the cake for me, was when the guy with the arguably pedo doll had his first interaction with ‘smart’ doll and he asked her if she has ever been to Brazil, ahahahah this was a good laugh. Additional comedy came when I saw the lady who’s campaigning against the sex dolls, I can’t remember if it was some made up moral non-sense or the usual ‘men’ liking something makes them evil rhetoric but all I got was she only wants sex bots to be in male form (I say this because she did not mention the male form of dolls being an issue).

Is there a moral issue?

No, but I don’t buy morals are universal as everyone reads off different pages; here’s what will happen; some men and WOMEN!!! will buy these, as the technology improves and the #AI can be perfectly tuned into what their owners want (giving them the perfect partner), more people will jump on board. A surprising customer base will be those who are just flat out lonely or unable to get the male/female they are truly attracted to, when the technology improves and these bots look/act more human and gain the ability to do domestic duties, some will cover the ‘other’ uses for the love bots under the guise of it being a personal assistant who can watch your pets, take your parcel, watch the house, control the heating etc but that’s quite a way away; but you can see that happening.

There are some who are panicking this could be the end of humanity, I’m bored of this story naturally being a Christian I have a different view but let’s pretend I buy into a different view, this will be adopted massively by western societies (all the weird stuff happens here first), other cultures it won’t effect as much if at all, thus the entire globe and the human race will continue but there may be a significant population reduction; or with an additional train of thought it could lead to population increase, surrogacy requests could sky rocket as the new family becomes human + bot + surrogacy child!